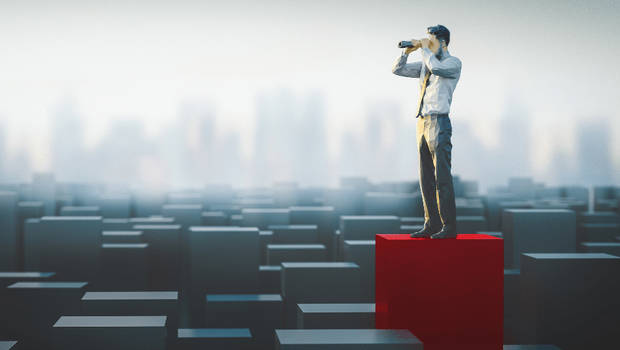 SS&C Intralinks and Private Equity Wire recently invited industry experts to discuss the impact of macroeconomic and geopolitical upheaval in the global debt capital markets (DCM). The discussion was framed by the results of the partnership’s 2022 DCM Investor Survey.

KStone's Marren suggested that rising inflation was a direct result of the almost USD 10 trillion of fiscal and monetary stimulus injected into the economy in the U.S. "It raised GDP by over USD two trillion and arguably, raised asset prices by over USD 30 trillion in household assets and financial instruments," he said.

Fellow panelist Savouri offered his perspective: "We had one reality where asset prices were collapsing and there was not enough money. Now we have the reverse. There's too much liquidity, too much money, too much inflation."

Savouri was keen to emphasize that the solution is not one-size-fits-all. The current environment, he noted, will affect the Eurozone differently from the U.S. or China.

Based on Intralinks’ data and interactions with clients, I shared that debt still appears to be a preferred asset class as we witnessed issuers accelerating marketing of their deals, particularly in Q1 ahead of rate increases. Furthermore, deals have not been abandoned despite processes taking longer this year than in previous periods due to the aforementioned macro factors.

According to the World Bank, global inflation is expected to moderate in 2023, though it will likely remain above inflation targets in many economies. This uncertainty is leading to increased volatility, which in turn, is creating opportunities for investors. And research shows that investment in DCM will play a key role.

DCM-related assets saw the biggest growth within institutional investor portfolios in SS&C Intralinks’ 2021 DCM Investor Survey, the average allocation rising from 16 to 36 percent between 2020 and 2021.

The appeal of the asset class is expected to carry through to the next 12 months as, potentially, inflation eases and dislocations in equity, debt and currency markets appear. Said Savouri, "I'm doing my best to encourage fund managers to look at these dislocations resulting from the impact of inflation. I'm hoping that others won't see them so we can exploit them."

The outlook for fixed income is bright, asserted KStones Marren: "We’re back to economic-based decision-making. The fixed income and general financial markets are normalizing for the first time since almost 2008. This is because the central banks have driven inflation so high [that] they can no longer intervene in the way they want to, the way they have done since 2008. From my perspective, having talked to many corporate debt managers and municipal debt managers, this is a very good thing."

Yields have risen substantially. In a world where investors are likely to lose money in equities, fixed income is an asset class with an increasing appeal.

Marren anticipates growth in the secondary debt markets, given debt issuance is expected to drop this year, potentially by 35 percent, according to S&P Global. "This makes for trading in the secondary market more active given that the new issue market is not nearly as robust as it is typically," he said.

Whether primary DCM activity drops or rebounds or secondary markets pick up and/or new geopolitical events occur, I pointed out that issuers should be mindful of elevated cybercrime and protect deal information as transaction timelines fluctuate. Both issuers and investors need to ensure the technologies that facilitate their deals feature multiple layers of security, including encryption, multi-factor authentication, data privacy certification and more.

Savouri, meanwhile, emphasized the importance of being a nimble investor in this environment: "As the opportunity arises, investors and dealmakers need to be agile,” he said. "We're not sure whether the Fed is going to increase rates by a certain amount or keep their existing cadence. And although it is not a 'wait and see' situation, you need to be swift to capitalize on the opportunity."

Press the play button below to watch the panel in its entirety. Inflation, Interest Rates and Sanctions: How Are Debt Capital Markets Reacting and Responding in 2022?

Jordan Brown is an account executive on the banking and securities team at SS&C Intralinks. He helps clients securely share and collaborate on sensitive information throughout the various stages of the financing deal lifecycle. Prior to Intralinks, Jordan worked at Bain Capital, LP, where he managed the information flow of due diligence and facilitated the deal closings for capital-market and distressed debt transactions.